Haters Back Off centers around the family life of Miranda Sings, a sheltered, self-absorbed, overconfident and untalented young performer who seeks fame on YouTube. The half-hour episodes depict Miranda's road to fame, and the price she pays for trampling on the feelings of others, from the time she uploads her first video until one of her videos goes viral. 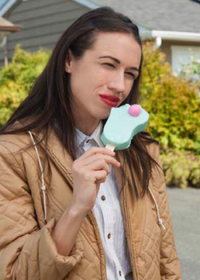 Miranda Sings is one of the main characters of Haters Back Off, as well as the series' leading protagonist. She is an incredibly stupid, totally untalented star on the rise who continues to fail upward by the power of her belief that she was born famous - it's just no one knows it yet. 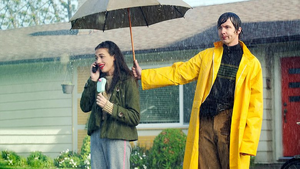 "Uploding my Fist Video" is the 1st episode of Haters Back Off. Miranda kicks off her quest for fame by uploading a video to the Internet, but the first spiteful comment sends her into a tailspin.

Go to these sites for info or for help with your own wiki!

Retrieved from "https://hatersbackoff.fandom.com/wiki/Haters_Back_Off_Wikia?oldid=888"
Community content is available under CC-BY-SA unless otherwise noted.